This project is in collaboration with Amy Muller and John Crusius to develop an in situ water sampler for the AUV that can bring samples back to the ship for subsequent analysis of dissolved metals (especially iron) by mass-spectrometry. 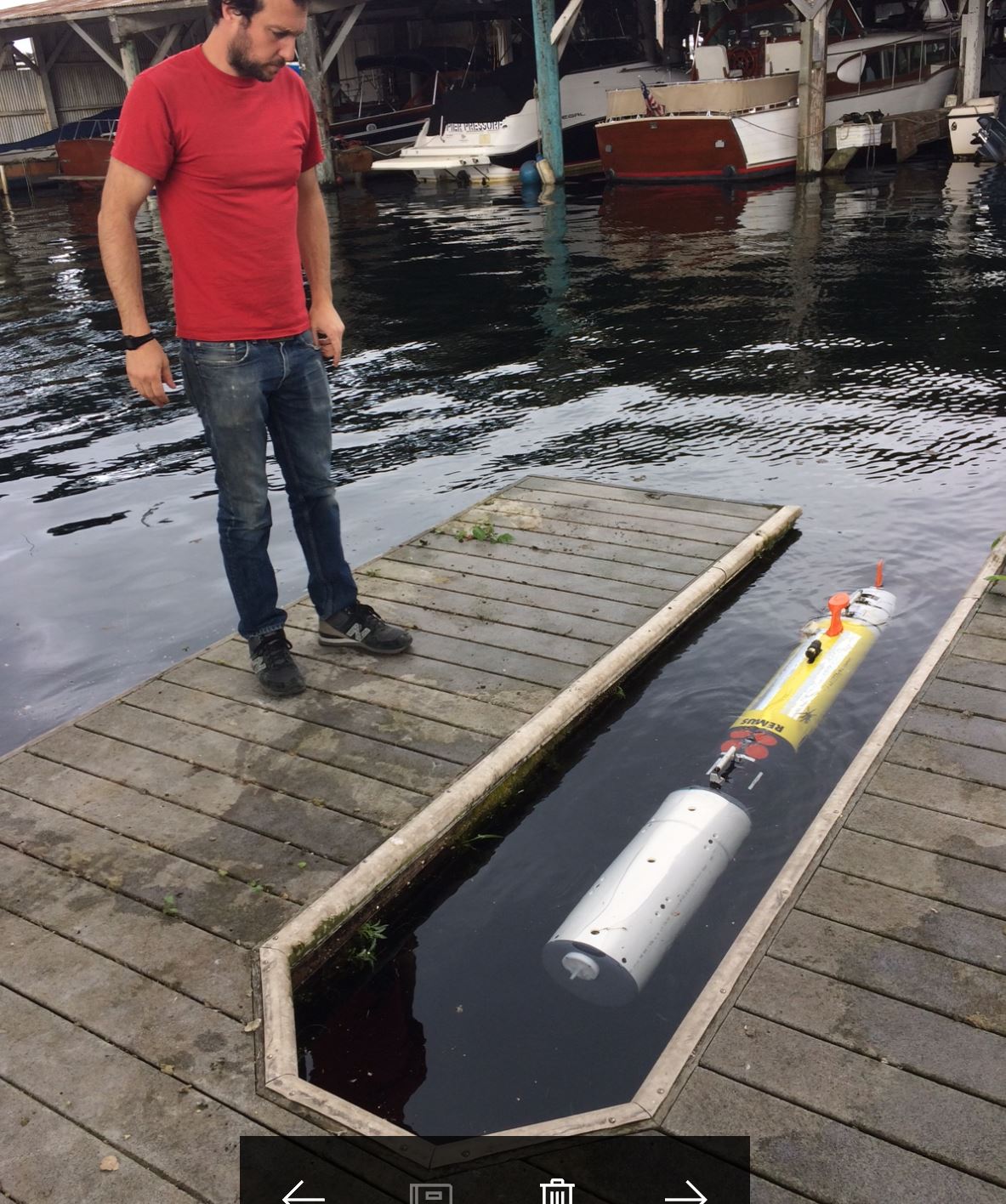 Nick Michel-Hart (Mechanical Engineer) checks the ballasting of the new trace water sampler (white section) attached to the front of the REMUS 100 AUV (yellow) before heading out to Lake Washington for the first deployment.

During 15-18 August, 2017 we flew the new sampler on the AUV in Hood Canal. We used the RV Robertson and its zodiac to deploy and recover the AUV. The new sampler collected in situ water samples for dissolved iron at prescribed depths (between approximately 2 and 25 meters). We also sampled the water column by more traditional approaches from the ship and the zodiac using a pumped tube lowered into the water. Some pictures taken during the experiment are posted below: 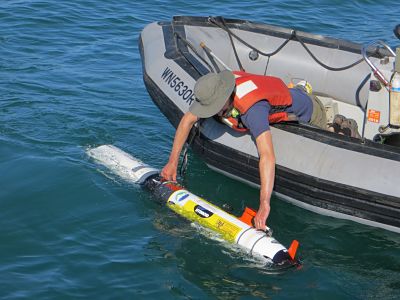 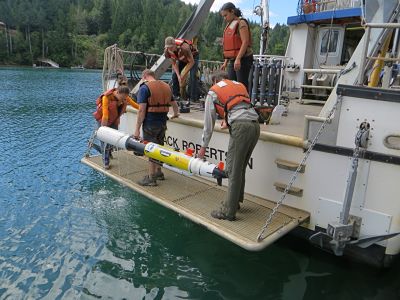 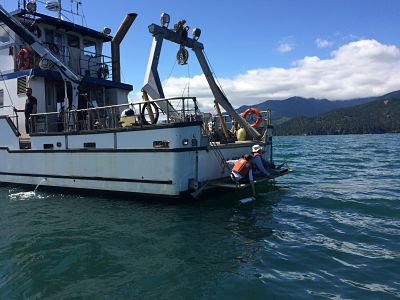 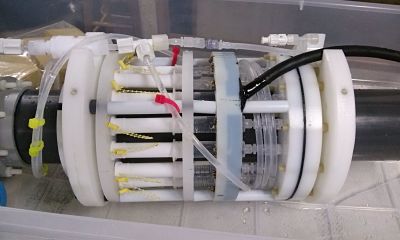 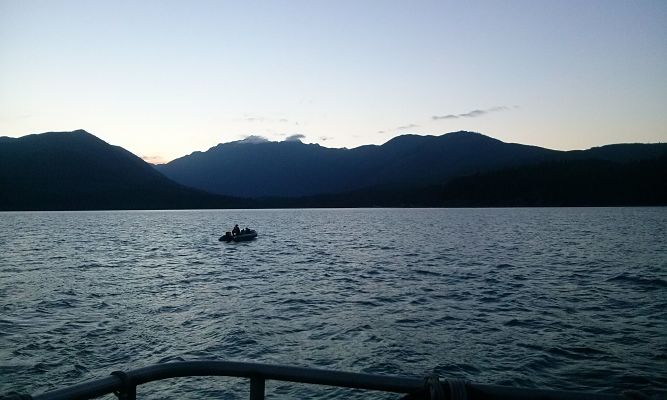 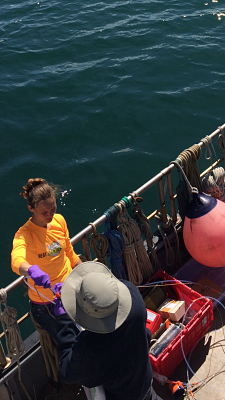 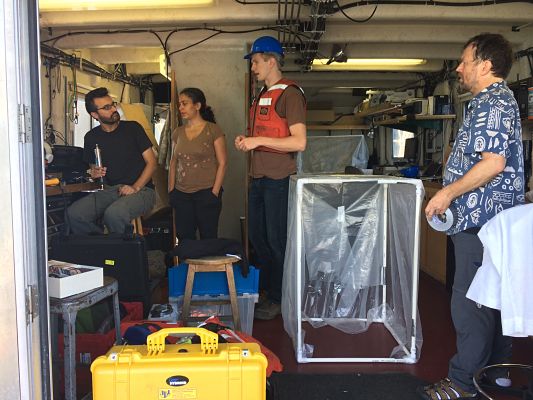 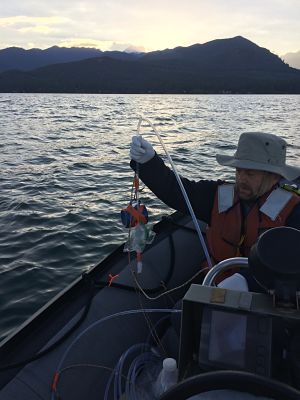 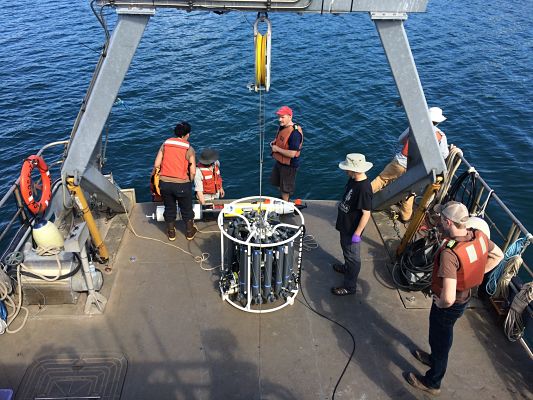 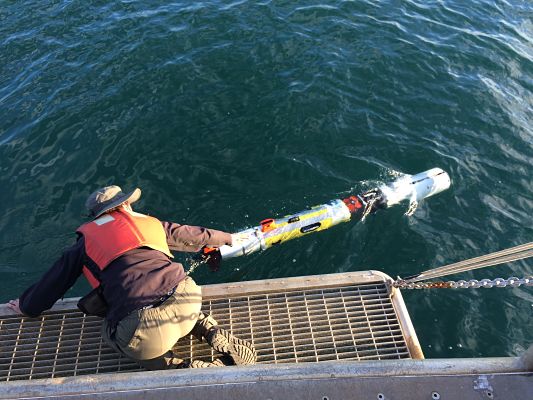 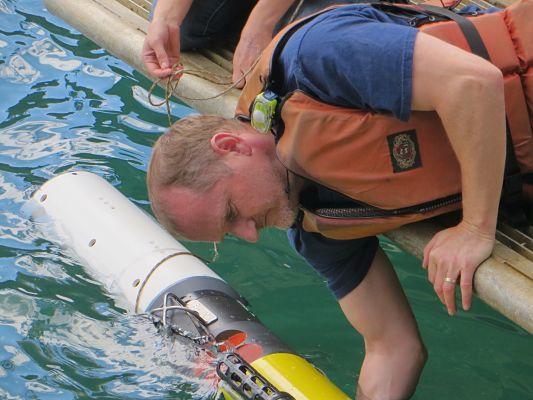